The Government of Canada announced its 2022 budget on April 7, with housing being among the top areas receiving investments during this pandemic recovery period. This budget is arriving at the halfway mark of the government’s ten-year National Housing Strategy (NHS), and there remains much room for improvement. 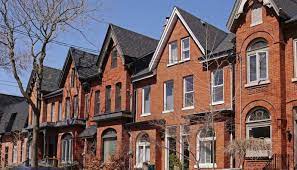 Overall, this is a modest budget, with less spending than in the years before. A major portion of the budget is directed toward housing initiatives, with a total of $1.95 billion to be spent this fiscal year, and a spending promise of an additional $7.45 billion until 2027. There are also additional funds allocated towards Indigenous housing and infrastructure projects outlined in the budget. However, despite the fact that some of the housing investments are promising, they are unlikely to significantly improve housing affordability, adequacy and accessibility across Canada.

The government has also committed to adjusting its existing programs to increase the affordable housing supply. Affordability targets for the Rental Construction Financing Initiative (RCFI) will be increased to 40% of the total number of projects funded, and the government will adopt a new definition for affordability under this program. These changes respond to the important findings of a recent report from the National Housing Council, indicating that only three per cent of units created through the program to date would be affordable to lower-income Canadians. It remains unclear whether, with these measures, the government will prioritize funding for deeply affordable rental housing projects with rents considerably lower than the 80% average market rate through its commitments under the RCFI.

In addition, the government will continue its support for the Rapid Housing Initiative (RHI), one of its most effective programs in generating deeply affordable housing. This investment is estimated to create 6,000 new housing units that will be affordable to lower-income Canadians, with a quarter directed towards projects prioritizing women. Unfortunately, the government did not make the RHI a permanent fixture, and it remains unclear whether this initiative will continue beyond 2024.

The government also announced the new Housing Accelerator Fund, with a $4 billion commitment over five years. This new fund is aimed at supporting municipalities to increase their supply of housing by speeding up developments. The details of the program and requirements are yet to be developed. The government also plans to encourage the creation of secondary suites through its new Multi-generational Home Tax credit. This new fund has been allocated $5 million for this year, with increases in funding in year two and beyond. To stabilize housing for Canadians experiencing housing need, the budget continues to include funding for the Canada Housing Benefit (CHB). It includes an investment of $475 million in 2022-23 to cover a one-time $500 payment to households facing acute affordability challenges. To date, the CHB’s reach has been limited when considering the number of Canadians facing housing affordability challenges, and with its restrictive eligibility criteria, many Canadians will be unable to access this benefit.

The government has also committed $150 million over two years to build affordable housing in Nunavut, Northwest Territories and Yukon.

Finally, the government has indicated that it will conduct a review on the impact of increased commodification of housing, what it refers to as “housing as an asset class”, on renters and homeowners. Actions may be adopted following the review, which includes considerations for possible tax treatments of large corporations involved in speculation in the housing market.

The government committed to funding Indigenous housing through an investment of $4 billion over seven years, including funds for First Nations housing on reserves, and for housing in Inuit and Métis Communities. While this is an important step, it may be insufficient to have a significant impact on enhancing housing adequacy for First Nations communities. The Assembly of First Nations estimates that the cost of upgrading First Nations’ housing stock will be much higher, at $44 billion.

For years, Indigenous housing advocates have called on the federal government to establish an Urban, Rural and Northern Indigenous housing strategy, a recommendation that was once again formally made to the Minister of Housing and Diversity and Inclusion through the National Housing Council’s recent report. The budget commits funding to develop this long-overdue strategy, however, some Indigenous advocates are disappointed that the strategy is not explicitly led by Indigenous communities themselves.

The budget allocates considerable funds to retrofitting programs. Several initiatives are detailed, including a new initiative called the Greener Neighbourhoods Pilot Program. The program will target up to six community housing neighbourhoods to pilot the Energiesprong model, an approach to conducting retrofitting through larger-scale neighbourhood initiatives. Additionally, the expansion of the Canada Greener Homes Loan Program will include low-interest loans and grants to providers of low-income housing. It is unclear whether the government plans to approach these retrofitting initiatives in tandem with capital repair projects, which combined can more effectively increase residents’ health and safety, while reducing emissions and preserving the existing housing stock. It is also important that these projects maintain housing affordability levels and ensure that existing residents are the main beneficiaries of these investments.

The budget includes further commitments to various programs and initiatives meant to support the path to homeownership. Rent-to-own projects continue to receive funding support. The First-Time Home Buyers’ Tax Credit has been doubled and the government has indicated that it will explore ways to make the program more flexible. A new Tax-Free First Home Savings Account was introduced with a total budget of $725 million, which will come into effect next year.

Important gaps in the 2022 budget

Overall, the budget includes commitments for several important housing initiatives. However, it falls short in making a major contribution to solving the affordable housing crisis or supporting the growing housing needs of low- to moderate-income Canadians. Missing are commitments to urgently tackle the housing adequacy crisis in long-term care homes, plans to repair and preserve the aging affordable housing stock, efforts to build affordable rental housing options, expanding supports to women experiencing hidden homelessness, and effective strategies to tackle housing financialization. Despite the government’s priority to support women and children who are survivors of domestic violence to access stable housing, the budget does not include specific investments to reach this goal.

Additionally, the taxation policies outlined in the budget do not go far enough to effectively regulate domestic investors or curb speculative behaviours in the housing market.

Disappointingly, the budget does not include a commitment to advancing housing as a human right, as legislated in its National Housing Strategy Act. A rights-based approach would ensure that programs and funding allocations, even in the current recessionary context, effectively respond to the needs of those most impacted by the housing crisis.